The Ptolemaic Dynasty was a final flowering of pharaonic Egypt, but with a distinctive Greek flavour – a continuation of Egypt’s religious traditions by a foreign elite with their own Hellenistic culture and traditions. And yet the House of Ptolemy was a family at war with itself, a complex tangle of relationships based on sibling marriages that gave the formidable Ptolemaic queens positions of considerable power and influence but also contributed to dynastic instability. Sarah Griffiths will paint a vivid picture of the rise and fall of Egypt’s last ancient dynasty, exploring the lives of three of Egypt’s most powerful women set against a backdrop of corruption, intrigue, murder, foreign wars, civil unrest and the series of catastrophic events that led to the decline of the kingdom and its final annexation by Rome.

Joyce Tyldesley: 'Title to be confirmed.' 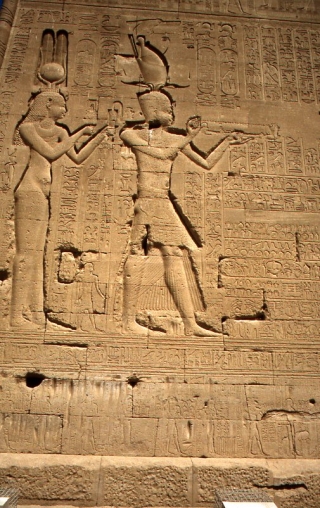 On Zoom, the waiting room usually opens around 1.30 pm UK time and attendees are admitted around 1.45. Lectures start promptly at 2 pm - except for the Study Day. The end is around 4.30 pm.